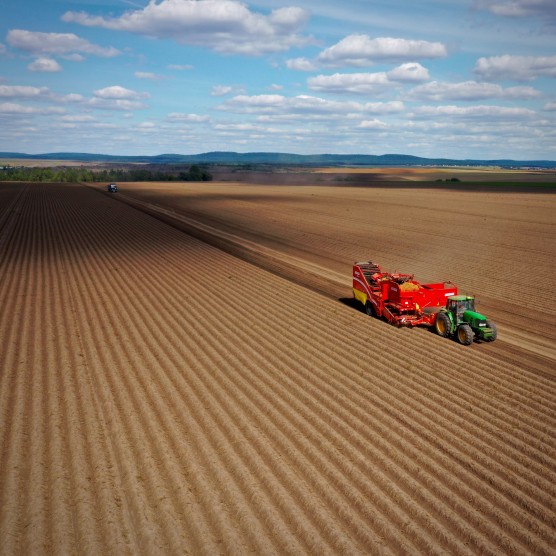 This season, the Company cultivated the following varieties of food potatoes: Riviera, Colomba, Melody, and the chips varieties: Lady Claire, Pyrol, Opal, Arsenal. A portion of the harvested potatoes has already been sold to the buyers.

“We are selling the early varieties of food potatoes to our partner companies as well as selling them in the free market. At a later time, we will begin selling the late varieties. We have partners, for whom we grow potato seed and we also have long-term contracts on the sale of chips potatoes concluded with the PepsiCo (Lay's), and Snack Produсtion (Chipster’s) companies,” Orest Kravchuk, Head of the Continental Farmers Group Potatoes Cluster noted.

The agricultural holding company has its own modern facilities for the storage of the potatoes harvest. A new potato-storage warehouse that has the capacity of 16 thousand tons has been constructed in the village of Chukva, the Lviv Oblast, especially for this season.

In parallel with the harvesting activity, the Continental Farmers Group is preparing the land area for planting potatoes the next year. The Company is also braking the stubble in the harvested fields, the soil is being treated to remove perennial weeds, plowing is being performed as well as potassium fertilizers are being introduced. The next season, the Continental Farmers Group plans to plant potatoes in the land area of 2.1 thousand hectares.