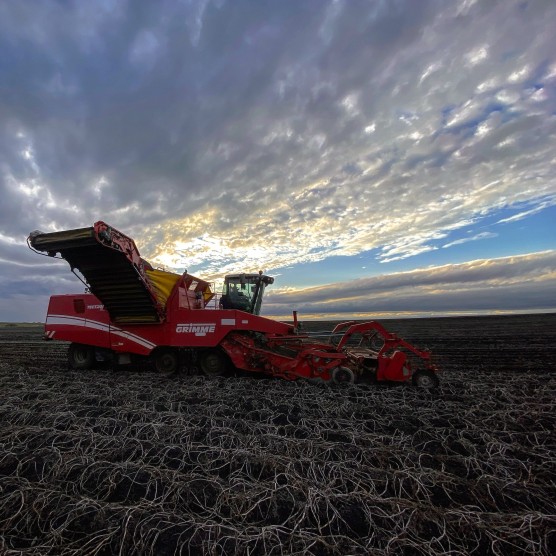 Continental Farmers Group points out its good indices for the late grain yield, and in particular (in tons per ha): sunflower 3.27, soybean 2.83, and corn 9.40.

“The 2020 harvesting campaign was carried out under variable weather conditions with periodic heavy precipitation. That meant a longer growing season and certain delays in the crop harvesting”, explains Vitaliy Stavnichuk, Chief Operations Officer for the Continental Farmers Group. “There were high humidity levels observed in the harvested crops; consequently, the crop gathering process required additional spending for renting extra equipment. Nevertheless, we came prepared for this scenario as we normally pay close attention to long-term weather forecasts. In the end, the harvesting campaign was well-coordinated and utilized the equipment - combine harvesters, reloaders, and commercial transport - according to the target figures”.

In this harvesting campaign, the Continental Farmers Group had its own 93 CLAAS LEXION combine harvesters operating in the fields. Out of those 93, 30 were caterpillar tracked, which facilitated efficient harvesting under the given high soil moisture conditions. In order to transport the gathered crops and increase general productivity, one reloader was used per two combine harvesters. Farmers stress the point that the whole process of grain gathering, unloading, and transporting was entirely automated, with recording of the cropped areas and gathered crops to be transported, and with preparing the harvest documentation in a fast and expedient manner.

It should be noted that in early November, the Continental Farmers Group finished harvesting potatoes on a total area of ​​1.6 thousand ha. For this particular crop, the average gross yield was 36 tons per ha, which exceeded the target figures. Altogether in 2020, the Continental Farmers Group has harvested the grain, leguminous and oilseed crops on ​​187.7 thousand ha.