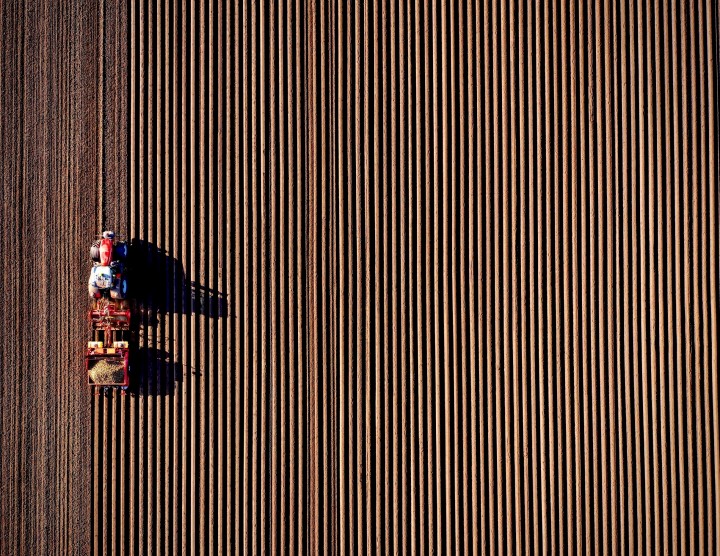 A potato planting campaign gains momentum at the Continental Farmers Group. The Company began planting chips varieties of potatoes in the fields of its Vyriv Kartoplia production block located in the Lviv Oblast as well as the table varieties of potatoes in the Vasylkivtsi block in the Ternopil Oblast. The planting structure also includes the seed potatoes. As of the present day, the seeded area is 213 hectares out of 1.9 thousand hectares.

The Company sources note that this year they started planting potatoes somewhat later as compared to the scheduled terms. The reason was the excessive moisture in the soil due to a big amount of precipitation in late winter and early spring.

“A well-tilled soil that contains no lumps and clots and that has a fine-grained structure allowing for access of the air is the main factor of a good harvest. The most important thing is that such soil structure ensures that if potatoes are harvested using a combine harvester, tuber crops are not damaged. Therefore we are waiting for the soil to go “ripe.” It is supposed to become friable and easily tillable. It is also important to have the right temperature: when planting potatoes at the depth of 16—18 centimeters 7 degrees Centigrade are considered admissible at a minimum and 18—20 degrees Centigrade are considered optimal. In the Lviv Region, the temperature levels are satisfactory and the soil got “ripe” faster, therefore we began our fieldwork in this area. In the Ternopil Region, we started later due to a slow “ripening” of the soil,” Vasyl Bolekhivskyi, Continental Farmers Group’s Chief Agronomist of the Potatoes Cluster, notes.

It is worth noting that the Continental Farmers Group has been increasing its production facilities in the area of potatoes growing. During the present production season, the Company increased its field area used for potato growing from 1.7 thousand hectares to 1.9 thousand hectares. The Continental Farmers Group actively continues to build a new potato storage facility with a total storage capacity of 16 thousand tons in the village of Chukva (Lviv Region) that will be used for the 2021 harvest.